Two small changes in Colosseum II’s second album: Neil Murray left the group to join National Health (I believe), replaced by unknown John Mole, and most important the group became an almost-instrumental beast, which for their kind of music fit them best. If I say Almost-instrumental, it’s because Gary Moore sings on one track, sounding a bit like Steve Winwood, but let’s face it, Colosseum II doesn’t need a singer!! Coming with a bizarre electronic tribal neon artwork, Electric Savage heads further into RTF and Brand X fusion than ever before. If most of the music is still penned by Gary Moore, there is a tendency towards more democracy as Airey pens two himself, while Hiseman co-writes four.

Opening on Hackett-ian (solo) guitar lines, Put It This Way dives head first hard fusion filled with power riffs, Brand X-style. All Skin & Bone is a fantastic percussive track that uses the same Hackett-ian guitar and probably the album’s highlight. Rivers is the only sung track of the album, and as mentioned above, it sounds like a Steve Winwood solo track. The group also had a more progressive slant and here The Scorch is the prime example of it, where the group moves through a series of rhythm pattern and moods, but mostly doing so in a fury, as would indicate the title. Very classical exit of this track and a brilliant quartet, especially Hiseman.

The flipside starts on the cheesy Lament, but it’s not an over-ripe camembert, either, just a slightly pompous facet of their prog moods, a bit the logical continuation of Scorch. Next up, Desperado returns to the 100 MPH fusion of Brand X that we’d visited in the album opener. The album closes on two Airey compositions, the first is a great crescendoing airy (pun intended) track, where Don & Gary exchange wild leads on a mid-tempo and background synth layers, while its alter ego Intergalactic Strut shines among a thousand galaxy, hinting at RTF’s seventh. If I say shine, there is a slight eclipse with 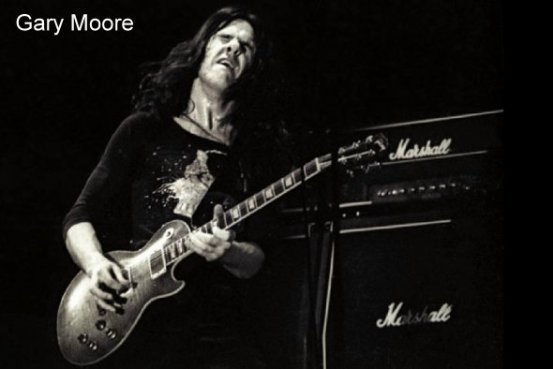 While it was not so obvious on SNF, Moore has more problems being himself on such a blatant jazz rock album, than he does on a blues or hard rock album, and here , he’s more credible when either crunching riffs away or pulling blues wails from his axe, than really adding a jazzy blue note. When he does try, he seems either taken by Hackett or goes purelt classical. Incidentally, I was never a fan of Airey’s keyboard style (especially when playing in the Purpe galaxy), but for some reasons, in Col II, he was never more credible than here, and if some synth choices of his are questionable, but it’s got to do more with the era’s choice of arms, more than artistic choices. Outside a few loonies (like Mooney), Hiseman’s drumming is still miles ahead of many of his English peers (Bruford, Collins & Dunbar excepted) and he mixes himself a tad higher in the group’s overall sound, but it’s nothing shocking, on the contrary.. It even enhances his insane playing. Either this album or the following carbon-copy Wardance will be the perfect intro, but you’re wary of redundancy in your shelves, you’ll have to check whether you would need more than one. (by Sean Trane) 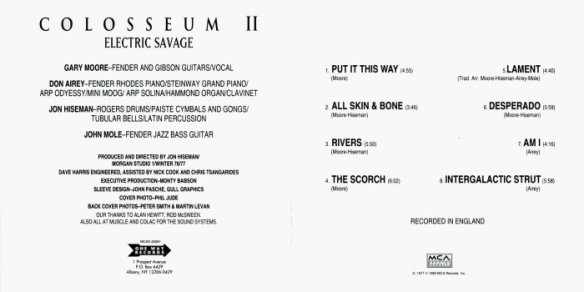 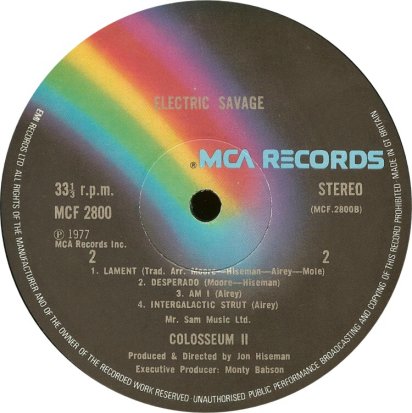 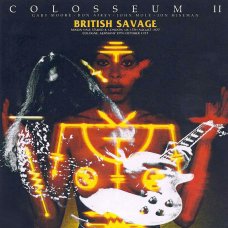 Gary Moore (1952-2011) is probably better known as a blues rock guitarist, both as a member of Thin Lizzy and as a solo artiste. Between 1974 and 1978, Moore was a member of the jazz-rock group, Colosseum II, which also featured Don Airey (keyboards), John Hiseman (drums) and John Mole (bass).

For a number of fans, Colosseum II’s Electric Savage (1977) remains essential listening. El Kabong posted the following at amazon.com: “Everybody’s got that one album that took the blinkers off them; the one that damn near killed you on first listen with the excitement of whole new vistas opening up. In my case, that was this record, almost 25 years ago. I’d been into heavy rock for a few years when I bought this album, by a band whose name I’d never seen before. Needless to say, it blew me away with its instrumental fury and virtuoso playing… it sounded as though Colosseum II (Jon Hiseman, Don Airey, John Mole and Gary Moore) wrote and recorded these tracks specifically to please ME. Not quite jazz/rock. Much more like rock/jazz, driving and heavy but layered, intricate and absorbing in its (at the time) complexity.”

snobb, at progarchives.com, commented: “Two musicians are real heroes there – guitarist Gary Moore and keyboard player Don Airey. Never before (in Thin Lizzy) or after (in his blues-rock or pop-rock works) has Gary Moore’s guitar sounded so fast and technical! Airey’s organ passages are great as well, but really the two are a great team… To be honest, on this Colosseum album they are really much more jazz-rockíng than you can expect. But the problem is they are not jazz fusion musicians at all!”

In other words: This is high energy Jazz-Fusion-Rock from the Seventies … enjoy this trip in this century ! 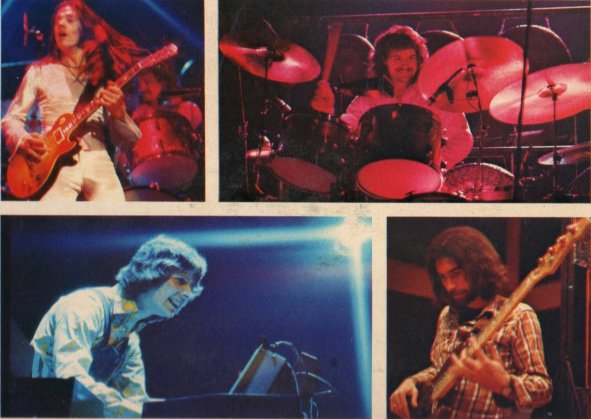