Coco is the debut studio album by American singer-songwriter Colbie Caillat. The album was released on July 17, 2007 in the United States, debuting at number six on the US Billboard 200, selling 51,000 copies in its first week. It also became Caillat’s best-selling album to date, selling 2,100,000 copies in the United States and over 3,000,000 copies around the world. Caillat supported the album with the Coco World Tour, as well as four singles. The lead single “Bubbly” was a huge international hit, while the following two singles “Realize” and “The Little Things” were minor hits. The final single, titled “Somethin’ Special”, was released on July 29, 2008 to support the 2008 Summer Olympics in Beijing, China. It was later mixed and titled “Somethin’ Special (Beijing Olympic Mix)”.

Caillat met producer Mikal Blue, who hired her to sing on techno songs used at fashion shows. Caillat began playing the acoustic guitar at the age of 19 and Blue helped her record her first song. She auditioned for American Idol but was rejected at the pre-audition stage and was unable to sing for the judges. The second time she auditioned for the show, she sang her own original song “Bubbly” and was rejected once again. However, Caillat expressed gratitude at the judges’ decision, saying “I was shy. I was nervous. I didn’t look the greatest. 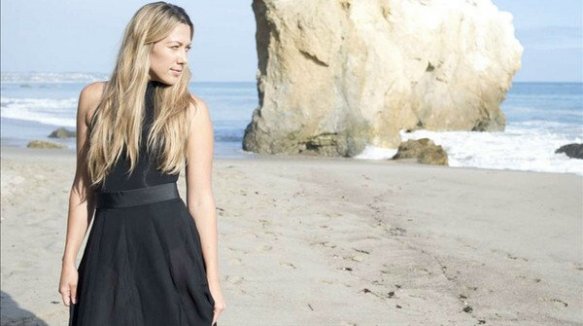 I wasn’t ready for it yet. I was glad, when I auditioned, that they said no.” The popularity of Caillat’s MySpace profile led her to become the number-one unsigned singer in her genre for four consecutive months.[6] Her father also produced her demo songs, and was involved in production of later albums. Coco was produced by Mikal Blue, with additional production by Caillat, her father Ken Caillat and Jason Reeves.

The album was titled “Coco” because Coco was Caillat’s nickname given to her when she was a young child. The album’s artwork was a still from Caillat’s music video for the album’s lead single “Bubbly”, released on May 15, 2007. There are differences between the artwork for the standard and deluxe editions. The standard artwork shows the photo with a brown frame, while the deluxe artwork shows the photo without the frame but with blue waves and the words “DELUXE EDITION” on top. Also, a little yellow flower drawn next to the album title wasn’t shown on the deluxe artwork. 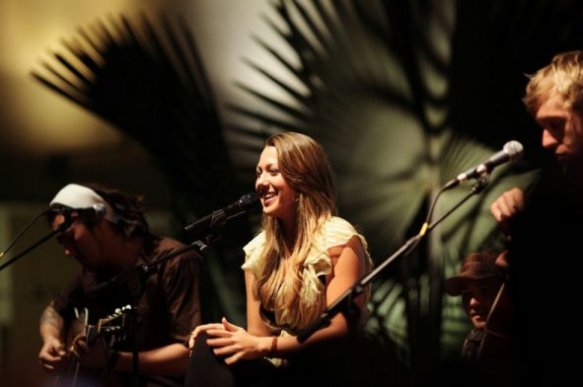 Coco was released on July 10, 2007 in Australia and Asia and a week later in North America. Its deluxe edition was released on September 3, 2008 in Japan and November 11, 2008 worldwide. The album was certified 2× Platinum by the RIAA with shipments to U.S. retailers of 2,000,000 units. The album’s first single, a smash hit, was “Bubbly”, followed by a second single, “Realize”, and the third, “The Little Things”, which became the final single from the album in the United States. The deluxe edition song, “Somethin’ Special (Beijing Olympic Mix)”, was released as a fourth single on July 29, to give support to the American athletes participating in the 2008 Summer Olympics in Beijing, China. The song also appeared on the AT&T Team USA Soundtrack. 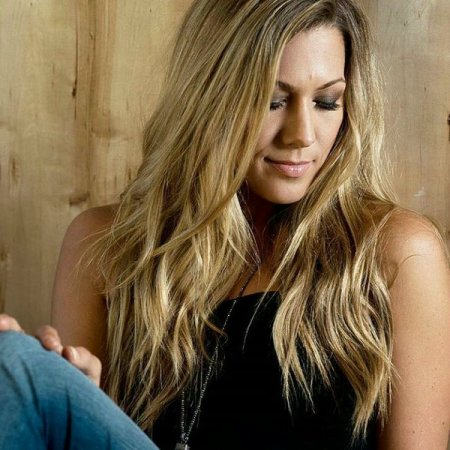 According to one of the pictures on Caillat’s MySpace page, it was assumed that her song “Battle” would have been the fourth and final single from Coco. Because of her collaboration with Jason Mraz, “Lucky”, being released as a single and with the release of her second album, it is assumed that the single and music video were canceled and all promotion was then focused on “Lucky” and her second album Breakthrough.

Coco was also promoted with two tours: Coco Summer Tour in 2007 and Coco World Tour in 2008.

“Bubbly” was released as the lead single from the album on May 15, 2007 in United States. It remains Caillat’s biggest hit in the US to date, and her only single to reach the top ten of the Billboard Hot 100. The single’s music video, directed by Liz Friedlander, aired on MTV, VH1 and CMT. A still from the music video was used as the cover for the album. The video/single was also featured in the hit PlayStation 2 karaoke game SingStar Pop Vol 2 released in late September 2008 in the United States. It was also featured in SingStar Hottest Hits in PAL regions.

“Realize” was officially released in January 2008 as the second single from the album, peaking at number 20 on the Billboard Hot 100 chart, becoming her second Top 20 hit in the U.S. The song is musically similar to “Bubbly”, as it is an acoustic folk-pop song, where Caillat sings of having feelings for a best friend. Caillat and her backup band performed “Realize” as the featured musical performance that closed the May 23, 2008 broadcast of The Tonight Show with Jay Leno
“The Little Things” was released as the third single in Germany on March 7, 2008 and in United States in October 2008. The single did not chart well in the US, and was her weakest charting single from the album, peaking at number seven on US Billboard Bubbling Under Hot 100. In 2008, she recorded a French translated version of this song.
“Somethin’ Special” was released as the fourth and final single from the album on July 29, 2008. The song was included only in the deluxe edition. It was released to give support to the American athletes participating in the 2008 Summer Olympics in Beijing, China. The song also was included on the AT&T Team USA Soundtrack. (by wikipedia)

Sweetness rules on Colbie Caillat’s debut, Coco, which is perhaps only appropriate for an album bearing that name. The record doesn’t play like a toasty mug of chocolate on a winter’s day, though; it’s a sugary lemonade on a breezy summer afternoon. It’s light and comforting, a familiar blend of sunny pop and singer/songwriter tropes that flirt with cliché but never sound hackneyed — a lighter, brighter spin on Norah Jones that sounds like an ideal soundtrack to a few hours in a cozy coffeehouse or a montage on Grey’s Anatomy, whatever comes first.

If that gives the impression that Caillat is a little calculated — and if her music-biz heritage (her dad co-produced Fleetwood Mac’s Rumours and Tusk) gives the sense that she may have had a silver spoon, and if her celebrated MySpace popularity is also initially suspect — then as an album Coco shows no crassness or coldness: it flows easily and, yes, sweetly, filled with gently ingratiating melodies and delivered with warmth and a casual charisma that proves to be quite endearing by the end of the record. Caillat doesn’t attempt anything approaching a major statement — the album is filled with songs about love and life — but that’s her appeal: she sings about simple, everyday things in an unassuming manner, letting her melodies and girl-next-door charm carry the day, and they do so winningly on this nicely mellow debut. (by Stephen Thomas Erlewine) 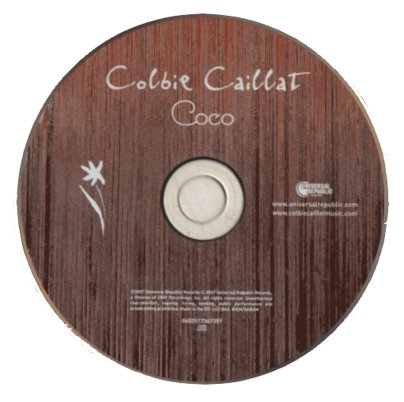